This is a new promising type of display where semiconductor polymers are used to produce flexible plastic displays. The first commercial products are available now. Philips released it's Sensotec shaver with an OLED display showing the remaining shaving time. Recently Kodak produced the first commercial digital camera in which the LCD View finder is replaced with an active-matrix OLED display.

In the following links, more documentation on OLED technology can be found :

Our group is one of the participants in the OLLA Project. The OLLA project is an Integrated Project (IP), funded by the IST program of the European Commission's 6th Framework. The partners have gathered to propel Europe to the forefront of organic LED's for ICT (e.g. display) and Lighting applications (e.g. novel OLED light sources).

More detailed information about the results we have obtained in our research can be found in our publications.

For systems where dimensions are large enough (no smaller then typically 20 to 40 microns), light can be considered to propagate in a ray like behavior. This concept is well known from geometrical optics. A ray travels through a medium in a straight line until it reaches an interface to another material. At that interface it will reflect and refract proportionally to the Fresnell law. The direction in the new medium is defined by law of Snellius and the incidence angle (angle between ray and norm to the interface).

This principle seems simple enough for one ray. In case you want to consider one million rays al emerging form a given source shape, each traveling trough different materials of different shapes it becomes impossible to calculate by hand.

A ray trace program like ASAP will perform this task for us keeping in mind as many reflected and/or refracted rays as we desire. By positioning detectors at a point of interest we can analyze light distributions, polarization, color, radial distribution, etc... of the original source after it traveled through the optical system. 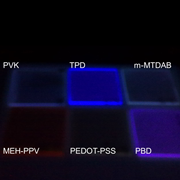